Warning: "continue" targeting switch is equivalent to "break". Did you mean to use "continue 2"? in /homepages/46/d517214789/htdocs/hiphopyourway/wp-content/plugins/jetpack/modules/infinite-scroll/infinity.php on line 155
 G-Eazy – These Things Happen (album review) | Hip Hop Your Way 
Warning: count(): Parameter must be an array or an object that implements Countable in /homepages/46/d517214789/htdocs/hiphopyourway/wp-includes/post-template.php on line 259 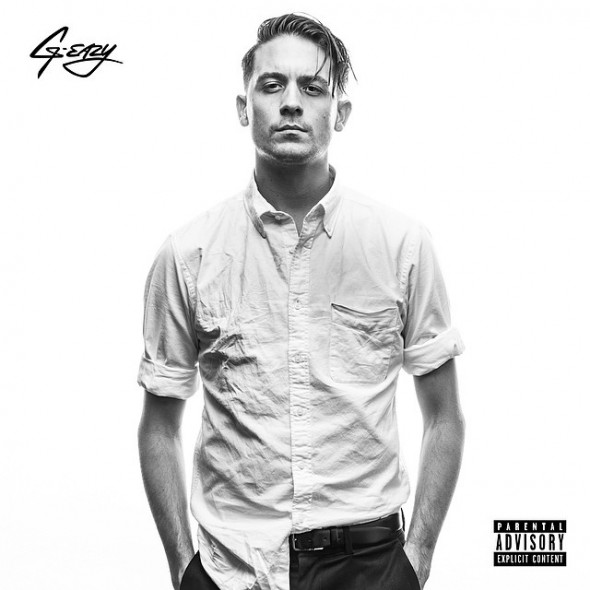 In the most recent and third studio album from Oakland emcee G-Eazy that dropped on June 23rd titled These Things Happen, we see a powerful demonstration of hard work and dedication. If you enjoyed the mixtape The Endless Summer that came out in August of 2011 and features Kam Royal, I guarantee you will enjoy his most recent piece of work. I have to say I’ve been a fan of G-Eazy since I first heard the track Well Known off of The Endless Summer. G-Eazy’s most recent album has met, if not exceeded, my expectations.

As far as the beats go, G-Eazy and Christoph Andersson are the main producers for this album and they show their adaptability by being able to create bangers for the club, as well as chill and melodic beats for anyone who feels the need to kick back and listen to some ill rap tunes. They use a wide array of synthesizers, smooth drumbeats, and other instruments that lend to the greatness of the album, such as the guitar riff on Remember You. The mood of the album changes from a party atmosphere at the beginning to more of a focus on ruined relationships and his affairs with women towards the tail end of the project. These Things Happen is impressive mainly because of the versatility that is revealed by the Bay Area emcee and producer. G-Eazy is only 25 years old, so you can be sure that there will be much more music in the future. He doesn’t seem to be the short-term type of rapper who’s only around for a few hits. G-Eazy may be here for a while.

Lyrically, G-Eazy is very talented and his flow is definitely nice. His punchline-packed verses are sure to keep you listening intently to his rhymes and metaphors. Throughout the album, G-Eazy does not disappoint when it comes to his lyrical skills that he has clearly been perfecting over the years. Some of the most notable tracks are Far Alone, which features the famous Bay Area rapper E-40 with a great verse, although G-Eazy still holds his own with the veteran emcee. There’s also I Mean It, which is one of G-Eazy’s club-type bangers. In the song Lotta That, another upbeat party song, G-Eazy puts it plainly; “Still going dumb cause I know where I’m from/Rep where I speak that Bay Area tongue.” On Been On, G-Eazy makes the argument that despite many people’s opinions, he is and has been way ahead of the game for a while now, and Opportunity Cost is a very reflective track in which G-Eazy contemplates the negative aspects of his elevated status and rockstar lifestyle. This type of honesty is something we don’t see very often in the rap game. I think it’s interesting when he makes the comment that, “Right now my vibe so alive so please when we smoke just hush/Me and some of those who’s closest to me haven’t spoken much/Crazy when you learn the cost of blowin’ up/…was it worth it?” He also says, “Missing every birthday, anniversary/Yesterday my moms got out of surgery/Wasn’t even in town/Shows and after parties all I been round.” I think this type of contemplation is important and it distinguishes G-Eazy from other emcees. My personal favorites on this album are I Mean It, Lotta That, and Opportunity Cost. However, it is hard to single out certain songs when the majority of this album is so solid.

Although I did not find much wrong with it, These Things Happen tends to follow the mainstream hip-hop paradigms and is somewhat cliché as far as the message goes. Also, G-Eazy focuses a lot of time (maybe too much time) rapping about his relationships and making songs that seem to be directed only at females. It is not necessarily a bad thing, but this content seems to have dominated the album. At the same time, G-Eazy rhymes about his life in a way that is incredibly innovative. He takes time to reflect on the lack of a connection he feels towards a great number of people he was once close with, as well as the harmful side effects of living the life he has chosen. G-Eazy is a graduate of Loyola University of New Orleans and you can tell that his music seems to be catered towards college students. Then again, I can see this album reaching a large audience with all types of hip-hop fans. G-Eazy is certainly on the come up in the mainstream rap game. I guess these things happen…

Hide G-Eazy from my feed